Alicia Ahmed has multiple exposés of corrupt politicians under her belt. she has exposed multiple human rights abuses committed by Frontex in 2012. the documents she uploaded to Wikileaks also exposed large scale embezzlement related to EU-Turkey refugee deal and a number of coverups of deaths due to unsafe circumstances in refugee camps. Her actions earned her a considerable amount of infamy for her both in Europe and in Turkey, so much that the Turkish government asked her to be extradited to Turkey to be tried for insulting national values, even though she isn’t a Turkish national herself. even with all the vitriol thrown at her, she believes that her work is far from done. With the rise of social media and internet being more and more accessible, there are countless more scandals to publicize and combat authoritarian media manipulation. She knows that she holds the power to end careers of CEOs, celebrities, even congresspeople and she is aware of the danger this puts her in. Alicia needs to be at the right place at the right time to stay alive and continue her work of exposing ugly truths hidden under shiny, expensive PR campaigns. 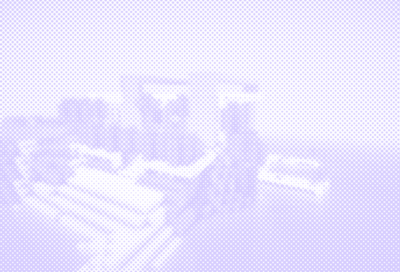 Nobody would ever guessed how famous the Bobby Young name was going to become. He was born in 1957 a poor family in Okhlahoma: he never get to meet his father while his mother, suffering from alcohol abuse, soon abandons him. At the age of 15 he runs away from his grandparents’ house and move to Florida, doing different kind of jobs. He start working in a real estate company as a personal assistant of a man he previously meets in a restaurant. Within a really short spam of years he manages to reach a really hight position despite his lack of education. He eventually opens his own real estate company, owning buildings and luxury apartments all over the country. He moves to Los Angeles where his charismatic persona attires several Hollywood celebrities in his entourage while some rumours start to spread. Some ex employers of his company reports throughout the years several episodes of sexual misconduct but none of them ever get to the court. The scandal drops in 2018 when one of his luxurious properties in California becomes the centre of an inquiry regarding human trafficking and sexual abuses. It involves several celebrities, Hollywood producers and politicians. Several pictures and videos of underage women having non consensual sexual encounters with influential celebrities. After the finding he start to collaborate with the inquiries in order to receive better treatment. In January 2019 he manages to escape from custody and flies to Dominican Republic after what it seemed like an attempt of murder. It is still unclear what is his legal position right now: some newspapers reported he is still collaborating with justice while other reporters believes that his location is almost unknown to anyone.

Appeal to the supreme court
Not every manipulation remains unnoticed. The supreme court has noticed the shady move you've been trying to speak up about, and it is prone to stop it. For this time, the court is on your side, don't take it for granted though...