I have, very recently, been at a Richard Serra's exhibition at the Guggenheim in Bilbao. In the museum, series of minimalistic metal sculptures occupied the hall. The huge proportions of this pieces enable the viewer to walk through them and realize that there is more besides the dimension of it: an unexpected never-ending journey. "The matter of time", as the exhibition was called, conveys a different way of perceiving time within a space.

McCall uses the expression to "temporize space". Both artists play with the concepts of dimension and duration - conveying a feeling of space in motion - although unlike McCall, Serra's works are in fact static.

When I was reading about McCall's work, I was extremely interested in the links between digital and physical. A planar projection of moving lines giving form to tree-dimensional light sculptures. White light traveling in space - intriguing simplicity!

As a viewer, I was divided between the interactive experience of walking through the different layers of light, exploring different spacial perspectives AND simply contemplating the moving piece, sensing the expanding and contracting lines, in its original rhythm.

Besides the more technological approach, I also felt a big interest towards his process of discovery of the new potentials of film; particularly in one of his early works - line describing a cone - such a clear and simple narrative! Designed at a human scale, and giving the audience two possible ways of looking at the same piece: towards the projected image or the beam itself. Suddenly the audience feels an urge to interact with the piece, new thoughts arise: an audience with a participatory role; film as a medium to create sculptures (adding a physical value to it!); the duality of art and cinema; the cinema vs the museum. A starting point for all the work developed later on.

Personally, I have grown a lot of interest on interaction design; willing to explore how digital technologies mediate between matter and environment. How different communication systems take advantage of the new media; the creation of interfaces in public space, and for this, I particularly liked when McCall presented his work as public interventions.

Beyond what has been stated, I found fascinating the fact that in McCall' solid light pieces, the public interacted in a very intuitive and natural way. The fluidity aspect of those works of art, nevertheless enabling people to surprise themselves in each piece they encounter. The environment is replete with a feeling of wonder.

my eyes in the exhibition spaces: 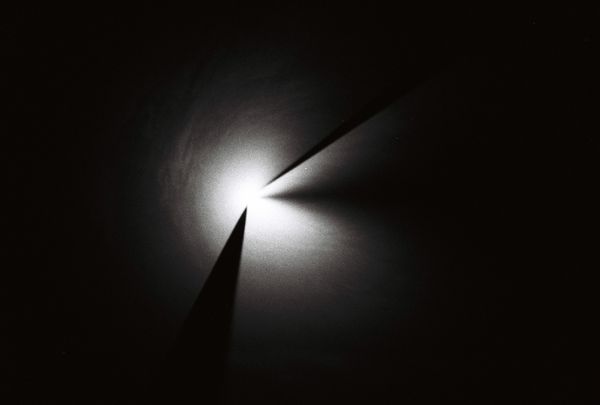 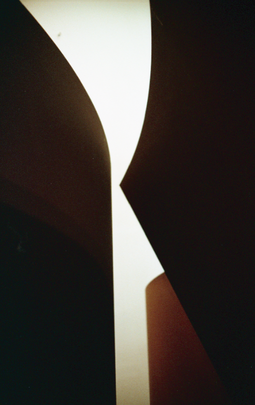