a quiet place / un posto tranquillo traces a map, however partial, of the moral blindness that engulfed my home country for generations, extending its ruthless grip over the seemingly innocent landscape. feeding on permanent disquiet, the landscape turns into an impenetrable domain of attraction and repulsion whose very fiber binds together perpetrators of violence and its spectators.

this project puts side by side, visually and metaphorically, the notion of color and moral blindness. in a manner reminiscent of travelers from the xvii and xviii centuries, the viewer is led through a series of color images on an imaginary grand tour of locations whose memory is connected to instances of darkness in the social history of italy from the last 70 years (murders, terrorist attacks, etc.). the mystifying nature of the suburban and rural italian landscape, in a representation borrowing heavily from the traditional veduta, wishes both to unsettle and seduce: how can places bear the weight of boundless moral obfuscation? is amorality in relation to the territory nothing more than a mental projection?

a quiet place first came to life as a parallel strand of research on color in image making, specifically on the use of color in moving images. soon it moved away from the original research and expanded to become an independent project. the traditional ishihara color vision test offered a base on which to build the structural side of the images. content was provided by throughout archival investigation on actual locations where acts of violence that strongly resonated with the public opinion in italy took place. through scouting places, taking shots, overlaying and color coding them, i wished to partly expose the viewer to the peculiar sense of disorientation that comes from observing the unfathomable unfolding from a distance, without being given the means to understand its logic. 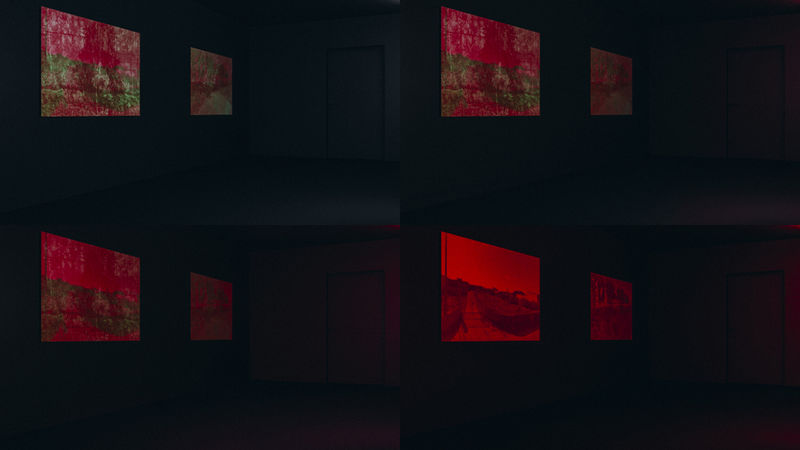