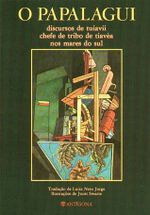 a book by Erich Scheurmann (de) published in Germany in 1920. This book reveals the reflections of Tuiavii, an arborigene cheef from Tiavéa in the island of Upolu, located in the South Pacific Ocean, when first traveled to Europe at the turn of the 20th century. Scheurmann, collects and presents his commentaries condemning the very foundations of Western society. " Keywords: simplicity / truth / essence / human nature / “modernism” / progress / technology & society;

"Gods must be crazy" is a South African comedy film written and directed by Jamie Uys, in 1980. In this movie two distinct realities are presented: the aboriginal world of Kalahari desert in Southern Africa ; in contrast with technologically-superior culture of the modern world. + The narrative of the film evolves around an empty coca-cola bottle. 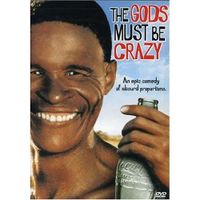 the Bull, 1946, lithographic ink, by Pablo Picasso. Part of a range of experimentation with ideas, techniques and materials- in this series of prints, the artist progressively reduces the image of a bull to a simple outline. During this process of deconstruction, details are rejected in each new print, until the final image that aims to represent the absolute essence of the "bull". More than a final statement this works presents a visual analysis of the the concept of a bull. >>> like when categorizing species. 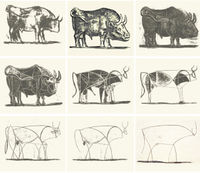