These are all one liners from the BBC and David Attenborough’s Blue Planet II. series that I started obsessing on. The material has pushed me to research further and I found myself inspired by a phenomenon happening close to Cape Horn Where the Atlantic and the Pacific Oceans touch but mix so slowly that a very visible line denotes their individualities.

First by collecting the images from the internet and applying them to a software that would transform image into sound, the end product will be a mix tape of the mix indeed. 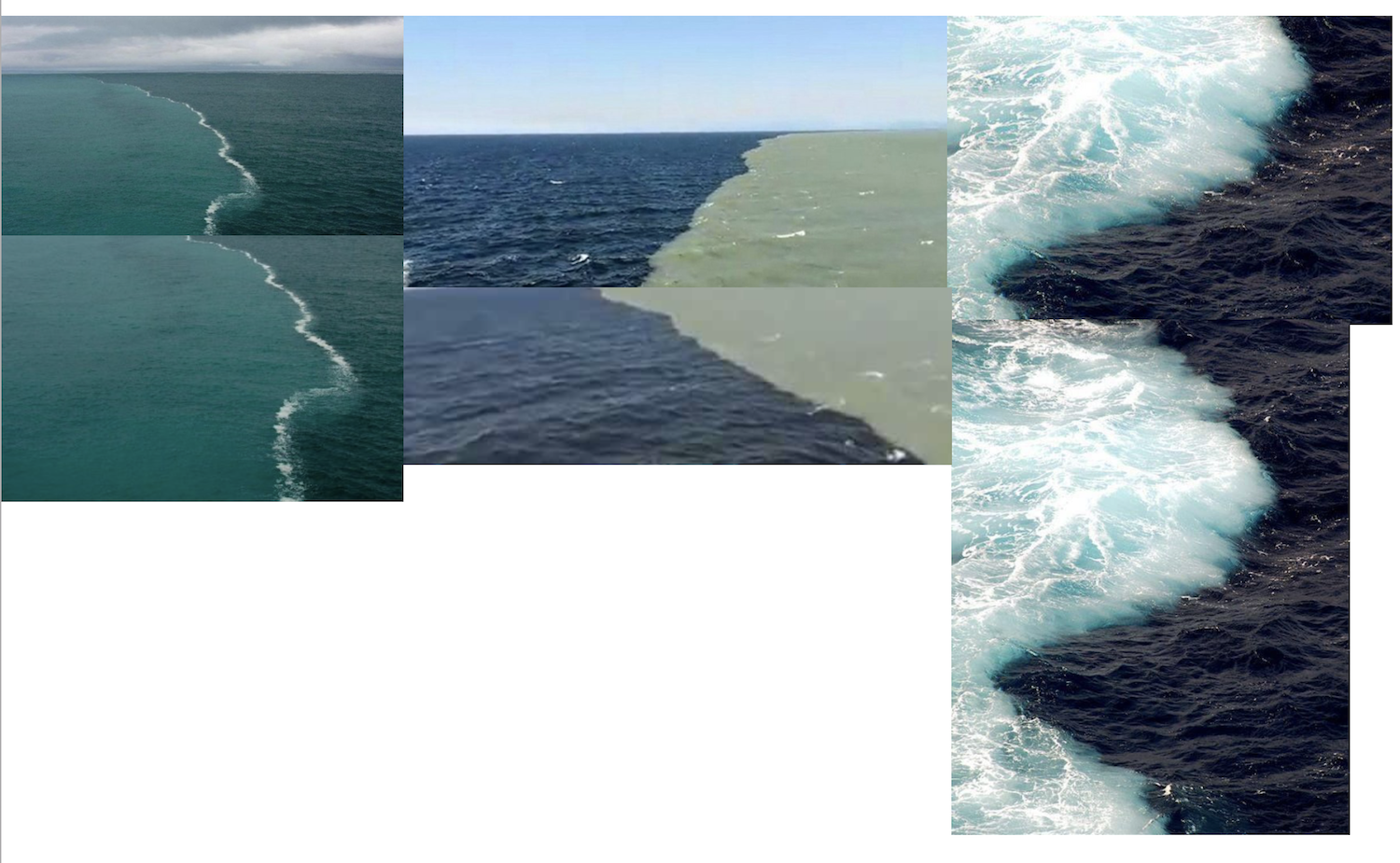