What do you want your thesis to be about? Introduction (500 words)


Three strands of thought could be considered in my practice. Researching the photographic medium, but also the idea of 'seeing' in itself, making the (gay) cinematic language my own, and LGBT issues/identity. In the thesis I would like to investigate further on the above mentioned lines of thought and by doing so reflecting on my own practice.

In the first chapter I will do this by looking at my past and current work, the chapter will be divided in three parts. First I will talk about my photographic practice and work. Then I will address my use of video and my interest in gay cinema, and lastly I will formulate how these two overlap thematically and aesthetically.

In chapter two I will look at the broader context of my work, how it relates to other practitioners/writers. This will be divided in two parts. In part one I will look at the photographic medium, and the artists in that field that I feel related to, for example Wolfgang Tillmans. In part two I will look at gay cinema, what gay or queer cinema is and how it developed and by doing so looking at artists that have inspired me (Kenneth Anger, Gregg Araki etc.).

In the final chapter I will make a conclusion/reflection on the development of my process throughout the year.


Photography:
Tables:
To understand my current methodology and work I have to look back at my previous graduation project. In 2012 I graduated from the Academy of Fine Arts in Maastricht where I studied Visual Communication with photography as main focus. For my graduation project I made an installation and photo book dummy with digital and analogue photo’s, incorporating self-portrait collages together with found footage from strangers’ family albums, microscopical images created in collaboration with a cancer research institute in Utrecht, pictures of the sun, the moon as well as abstracted images of taken in the surroundings of my own family’s home.   Here I did not only want to tell a personal story with fragments of different kind of photographic material, I also was thinking about what a photograph is.

From this point on, one single images started to be less important to me than the overall combination of images. Through careful selection and combinations, I aim to create new analogies between the different materials.   Therefore my work should always be presented as a ‘table’ not as a ‘tableau’. The idea of the working table and the open possibility of changing the order of the images therefore also means that I do not work in fixed series or projects with my photographic images.

This idea of the ‘table’ is rooted in the work of Aby Warburg. Whose Mnemosyne Atlas “[…] profoundly modified the forms – and therefore the content – of all ‘cultural sciences’ or human sciences, but it has also incited a great number of artists to completely rethink – as a collection and a re-montage, a piecing together – the modalities according to which the visual arts are elaborated and presented today.” (Didi-Huberman, p.18). His aim was to outline the Nachleben of certain gestures and motives found in antiquity that reappear later in the Renaissance and later time periods. The term Nachleben somehow encapsulates that there are traces that remain over time, patterns that reemerge in different stages of culture. More importantly he created a denkraum, a space of thought where one thing is connected to another. This space of thought is important to me.

example of one table


What is depicted in my images:

Video:
Past:
Below you can find two video's of my first attempts exploring the cinematic language. Through the use of slowmotion, colorful lights, black and white, sounds of outerspace, and by not having any dialogues I try to conceive a mystical/uncanny atmosphere. You see a young man, partly undressed looking and laughing in front of the camera, while a glass of water is being poured in slowmotion and in reverse.

The second video also has no narrative but has a more performative element to it. In the short film you see a friend of mine, dressed up in his usual attire. While I lie on his lap, staring into the camera, he shaves of my hair. Unlike, Untitled 2017, this video not filmed in a professional studio. For this film I transformed my friend’s own apartment with the help of redhead lights and colorgels.

Present:
[Note: Current work is not there yet. But I will ellaborate on this in a later stage. In the chapter about my work in a broader context I will talk more about gay cinema, it's history, Kenneth Anger, Gregg Araki etc.]

Photography:
<  Collecting the world:
The manner in which I think about the photograph as a fragment and how I present my photographs as a table relates directly to the work of Wolfgang Tillmans.   As Shimizu writes in the book ‘the Truth Study Center’:"his part=whole relationship is characteristic of Tillmans. A sheet of photographic paper can act as a white wall and page, the relationship between the image and the margin can correspond to the balance of installation and layout, and equivalent qualities within a single work are projected as a constellation of several photographs onto pages and walls. […] They are not to be considered as compositions of separate units but as temporal and spacial developments of a single photograph.” (Shimizu, 2005, book has no page numbering?)
Wolfgang Tillmans work is built on the concept of “sameness” opposed to the concept of “identity”. This egalitarian way of thinking probably has it's background in his Lutheran upbringing. This concept of sameness translates itself in thinking in analogies: one thing is like another. An analogy. doesn't mean the same as a metaphor but as Kaja Silverman describes, “I am talking about the authorless and untranscendable similarities that structure Being, or what I will be calling “the world,” and that give everything the same ontological weight.” (Silverman, page 14).

[Note: here I will talk more about Kaja Silverman her book: the miracle of analogies, and also about Wolfgang Tillmans and how he influenced me and other photographers, and perhaps also about the more general discussion of where photography is at now]


[Note: Here I will start by introducing a short history of gay film making and how gays were represented in mainstream media (Hollywood) then I will look at the artists that inspire me (Kenneth Anger, Gregg Araki etc).]

"To modern, emancipated audiences, Kenneth Anger’s Fireworks hardly seems like the milestone of gay liberation that its revered status as the first artistic gay film would suggest. By the same token, contemporary audiences unattained to the significance of works such as Flaming Creatures and Scorpio Rising tend to find the former purely incomprehensible and the latter entertaining pop-rock camp — oblivious to the factors that made these films so scandalous within the context of their times." (Stevenson, p. 31)

In the text, Homosexuality in films: Trends of Portrayal in Hollywood and Asia, the authors aim "to offer a systematic presentation of the portrayal of homosexuality in Hollywood and across different countries in Asia –– Japan, China and Hong Kong, India and the Phillipines –– to observe the converging and diverging trends over the years." (Gayosa, p. 38) 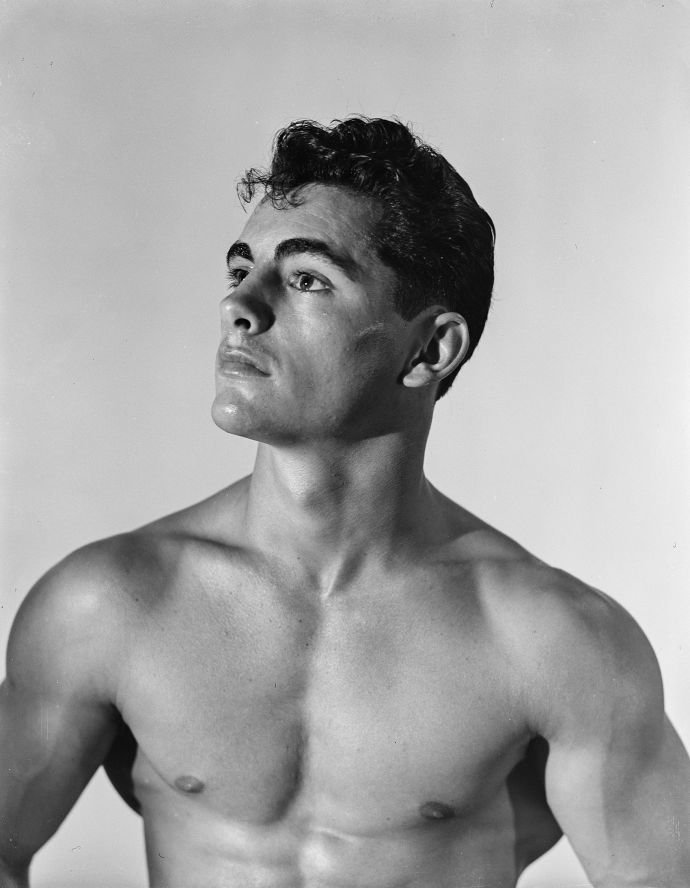 Photography:
Silverman, K. (2015), The miracle of analogy, Stanford University press
Discussion @ MoMa about exhibition "Ocean of Images" about the major changes in image culture in the past 30 years: