1. If you abandon believing in truth you de-facto accept tyranny. Truth dies in four modes.

3. Accepting untruth requires an abandonment of reason. When faith is utilised, no room remains for other questions

5. Eugene Ionesco wrote allegorical absurdist play Rhinoceros in which people in a small town metamorphosis into the horned animal after start supporting fascism.

6. Ionesco’s aims were to show how bizarre propaganda is, but normal to those who use it. Post-truth isn’t a new concept, Orwell was writing about this with “doublethink” in 1984.

7. Fascists despise the small truths of everyday existence. History or journalism is an enemy to their slogans. Feelings triumph over facts. Post-truth if pre fascism. 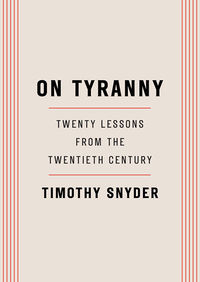