Difference between revisions of "User:Garvan" 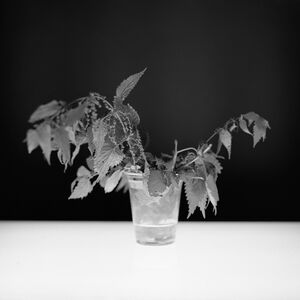 There is a man who lives in a city on a Mediterranean island. The city is filled with decaying villas and casinos that were built with the wealth of the once prosperous port. years ago the city was full of diplomats from the Boshporus, Adriatic bankers and even coffee merchants from as far as Ethiopia. Now the port has fallen into obsolescence as bridges and railways began to circumvent the island. Now the stucco peels from the facades of grand hotels and the colourful ensigns of merchant navies no longer fly along the pier. the stevedores sit in the cafes by the water waiting for work to trickle in from the last remaining ships. The last bastion of the city's former opulence is the Museum of Fine Art where tourists still come to see the famous painting under the palms. The painting depicts a young stevedore sitting at a cafe in a piazza that is shaded by palm trees, the man is smoking a cigarette and seems to have a forlorned expression. The painting is very famous and now is found on cheap postcards at every souvenir shop, it is reproduced onto textiles and ceramics and tourists can often be seen wearing ill fitting shirts depicting this wok of art. This story is about the man in the painting, who everyday sees his own image worn by strangers or hung in the windows of bars. and everyday his sense of self is eroded by the mass production and saturation of his own face. He no longer feels as if he lives in the same city anymore because the city has turned to revolve completely around himself.

After time spent trying to adjust to living in a city he once knew, our protagonist finally emigrates. Leaving the small island behind. He finds his way to the wet and wintry cities of northern europe. Here is a colder world of glass and steel. Of weird smells that rise up from the metro air vents. In his old home there was only one lazy tram line, that crawled through the avenues and boulevards. He begins to notice, however, that he has not completely escaped the tropes of the mediterranean. One night, in autumn, as he walks through the quickly darkening streets, he sees a familiar face staring through the window of a kebab shop. a large portrait of Mustafa Kemal Ataturk hangs on the otherwise bare wall of the restaurant. He remembers eating with turkish oil traders at Cafe Anatolia, the same portrait of Ataturk hung behind the counter. In that moment he again tastes the bitter coffee and the sweet baklava.

Two years pass and further from home our traveller strays. From the low lands he boards a rusted collier and finds himself en route to Hibernia, a small rock perched at the edge of the Atlantic. The people here were strange. The accents vary between something that sounded like a melodic crow and a sputtering engine running on fumes. He hears of work in a tin mine in the Wicklow mountains. He arrives in a town nestled among grey peaks of shale and slate. The mouth of the mine sits above a small lake of dark, glass-like water. There is a church, a pub, a school, a post office, another pub and a petrol station. His driver, a red-faced mechanic in greasy denim, had picked him up from the bus station ten miles away. The mechanic tells him that the only use The Crown ever had of this place was for prisons and military barracks. The landscape was such that if a prisoner escaped he would either find himself on a firing range and be shot or he would trip and all from the path and into the bog mud where he would suffocate. The mechanic goes on tell our traveller about the school. It is half empty, the children have either left to work in the mine or have migrated to the fishing villages along the coast, some have even died of hunger, competing with their ten older siblings for food. The school building was once segregated, the boys had their lessons in one half of the building and the girls in the other. The school yard was cut perfectly in half by a dull concrete wall of six feet. There are no longer enough children to keep the school segregated but the wall still stands

The Post Office is the nerve centre of this town and it doubles as a grocer. Here is where gossip is traded, the bespectacled postman knows every face of the town, he knows their debts and doings. He controls a monopoly of information, he reads the English Newspapers before he delivers them to the barracks. he is one of the few men in the town who can read. Often people will ask him to read their letters and he controls the narrative to align with his own malignant causes. His power is only trumped by the Priest and the foreman of the mine. 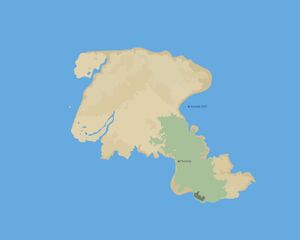 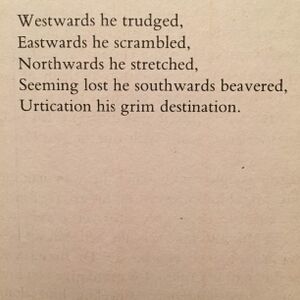 I used to think that nettles were only found in Ireland and Britain but in fact these plants can be found all over Europe and parts of Asia, Africa and The Americas. Being stung by nettles on a bare calf seems a rite of passage for a child. I am interested in the ceremonial connotations of this plant.Urtication, or flogging with nettles is the process of deliberately applying stinging nettles to the skin to provoke inflammation. An agent thus used was considered to be a rubefacient (something that causes redness), used as a folk remedy for treating rheumatism - wikipedia. In Ireland and Britain there is a common belief that Dock Leafs, a plant that often grows near nettles can cure the pain from a nettle's sting. As kids, if we had been stung, we would begin the ceremony of searching for Dock Leafs to alleviate the pain from the nettle sting. I would also like to explore the wider uses for nettles, I want to try make nettle tea and soup, the plant can also be used to make textiles I would like to experiment with the materiality of the plant, I'm curious to see if it can be made into paper.

This is the project I am considering developing for the Eye Research Lab. I would like to write my own nettle Stinging Ceremony and record myself being stung by the plant. I have imagined a time-lapse of the nettle rash erupting across my bare skin. I associate the nettle with Ireland. The concept of a weed is interesting too. A weed is but an unloved flower! - Ella Wheeler Wilcox

Together, me on my racer and Dec on his ma’s martello, we leave his gaff. Declan follows me mutely. What spot will it be tonight, our bikes clang and skid down by the pungent canal and through paths guarded by stinging nettles. We head towards the infinitely dark Phoenix Park. - This is an extract from an unfinished short story I wrote last year. for more unfinished stories see: Short Stories 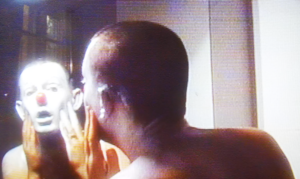 A short video work. A young man sits in his bedroom alone, preparing himself to call his mother. he wears the make up of a clown and a silly hat that is a cheap imitation of the hats that jesters wear in movies. He eventually calls his mother. The conversation starts with him telling his mother that we works in the office of an embassy and that he has a very cushy job and is successful and fulfilled . The conversation then turns to the subject of the Man's housemate/friend. The man tells his mother that his friend works in a tacky restaurant called Clown Palace. A restaurant the mostly caters to birthday parties of young children. The man proceeds to list all the degrading things his friend has had to endure at the clown palace. the joke is that he is the one who works in Clown Palace.

Asides from the clownish behaviour of the characters the over arching ambience and theme of the play is bleak and existential, but why then are these characters so silly? the dichotomy of Becket's tragicomedy is something I would like to emulate in my clown. How do I create tragedy within comedy or vice versa? Also how do I remove myself from negative associations (Batman's Joker/ Stephen King's Pennywise)

This rejection of violence and authority is the crux of the clown in my work. He no longer speaks english as a way to remove himself from shackles of violence and authority. But he cannot speak irish properly it is broken and poorly formed, it is damaged from the years of speaking english. The rejection of english/authority is the embrace of the clown/freedom 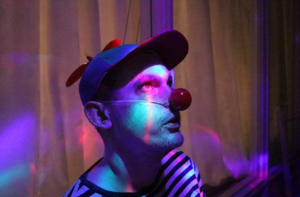 A mocumentary about a musician who is regarded as the Motzart of podcast music. the doc is a parody of documentaries about famous musicians. we see talking heads of other players from the podcast music scene, they describe the 'motzart' with all the usual tropes of music genius. This idea came from an idea I had for a music festival where all performers are people who make music for podcasts.

Have you seen those pictures that are going round the internet that are supposed to visually simulate what having a stroke is like?? its messed up, man. The images are a collage of textures and shapes that look familiar but your brain cannot recognise anything. It fucks me up honestly. They trick me into thinking I'm having a stroke, my brain starts to whirl and and I have to steady myself and I start to talk under my breath to make sure that if i can still speak because i heard that your speech goes when you are having a stroke. So if you see me standing still in the middle of the street talking to myself its only because I've been thinking about this picture and I have to prove to myself that i am indeed not having a stroke. Have you seen the sopranos?? Its great man, you gotta watch it. Yinno Carmine? the boss of the New York family? He dies of a stroke, and the last thing he says is "I smell burnt hair" man that fucked me up too, jesus. Now if I even think I smell burnt hair or toast I have to steady myself again, move my arms and talk under my breath, its an ordeal yinno. And another thing, I think it comes from the stroke thing, sometime when I try to eat something I think I'm gonna choke, I forget how to swallow and I have to think very very hard about how to get the food down my esophagus. I’ll sit there hunched over my plate thinking if I make the wrong move I’ll die, and I try to inhale slowly through my nose and I find that I can breath and I just have to figure out to swallow my food, and eventually I get there and it goes down and I wash it down even more with water. And then I think what if I get worse what if I get so scared of choking that I end up only eating soup, and then I’ll have to tell future partners that I can't go to dinner with them because I’m a big baby who can't chew and I can only drink soup and I’m sorry but restaurants and eating will not be part of our relationship but there’s more to me than that please just gimme a chance.

anyway here's the image, its gross isn't it?? stupid wiki wont let me upload my stupid image so you'll have to google it 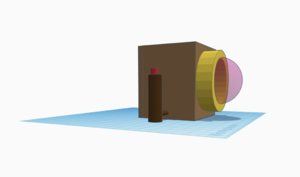 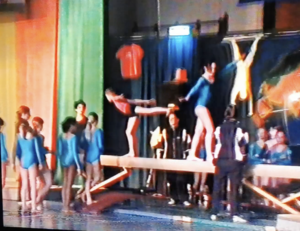 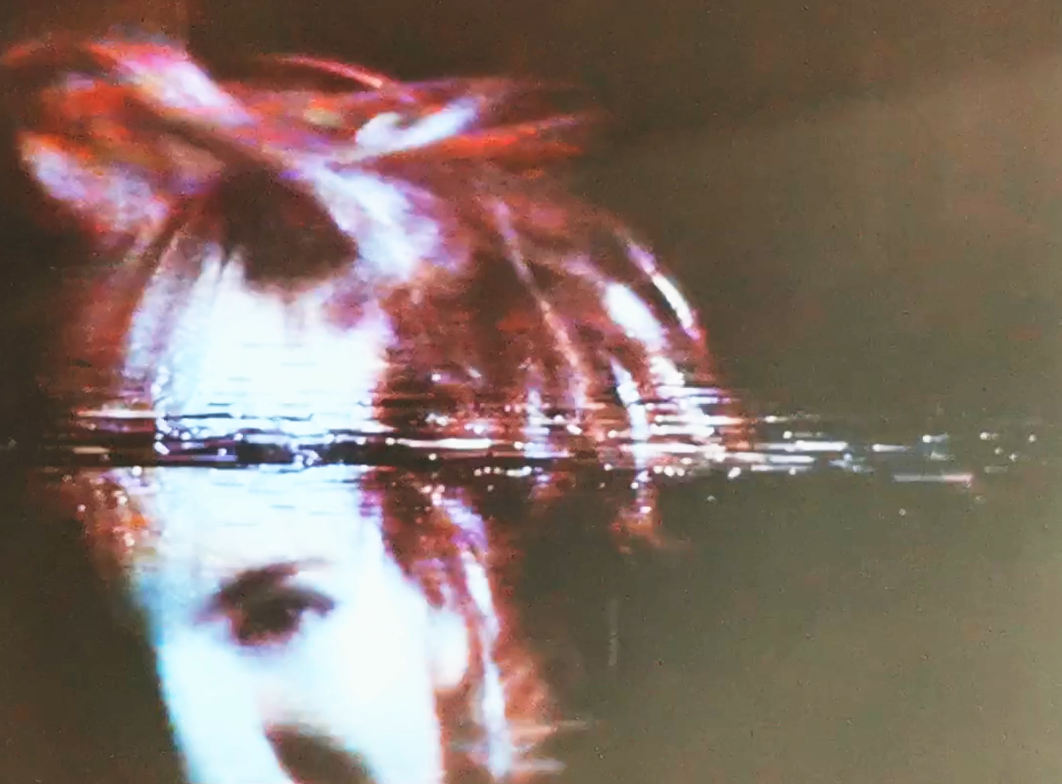 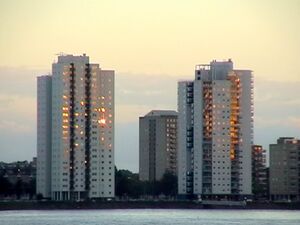 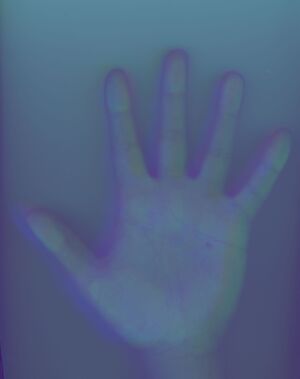