Go back to Mia Paller

1. Link to the intoroduction to VR Practice and Filmmaking

I was interested in processing and manipulating existing images. I made a selection of my previous collages (paintings and digital works) and imported them in VR environment. I soon realised there are not many ways to manipulate them except for resizing and changing their position in virtual space. Therefore I arranged them in space as if building the walls. I surrounded myself with my enlarged and oversized pictures, building a room with them. I then experimented with the scale of the structure, varying from small room that felt claustrophobic and oversaturated to a large space that was more immersive and open.

I find it interesting that all the details in the collages become much more visible and take over the viewer's attention (because the pictures were enlarged and the viewer could approach them to have a very close look). Collages were much more immersive, even though they appeared as 2 dimensional surfaces in the virtual - 3D - space. A strange clash between picture's flatness and spatiality. Being in the same virtual 3-dimensional space with the viewer, the elements of collage somehow felt like objects. On the other hand, going around it revealed the picture's flatness because from it's back side, it was invisible.

I think I was drawn to the concept of layering in VR space. I tried to arrange individual pictures one behind another so that the viewer would walk through them. Prior to the experiments with the equipment, I imagined I could manipulate the images for example by separating certain parts as layer, which is unfortunately not possible in the Tilt Brush. An imported image is a fixed element that can only be resized and tilted. However, I believe it is possible to prepare separate elements in photoshop, svae them as png (which supports transparencies) and then import those in Tilt Brush.

For me the tool could work as a digital virtual workspace or atelier, meaning that I would make collages in Tilt Brush directly. I could prepare separate elements and combine, collage them as layers in VR space. The end result could be a VR environment, accessible with wearing a headset, OR 2D images (as snapshots), animated GIFs and other 2-dimensional works. 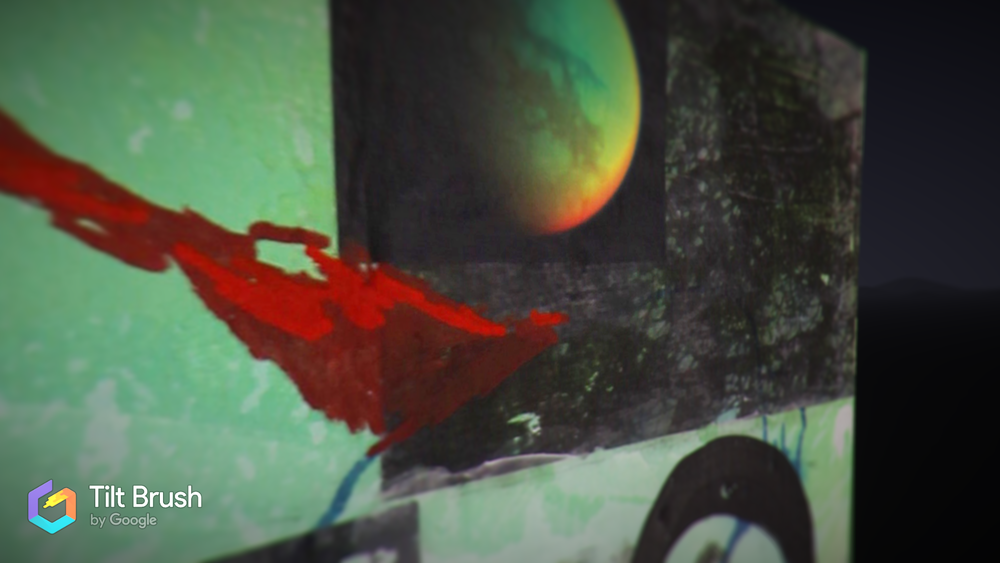 I took some snapshots in the environment I built and some results were quite interesting just as still images. 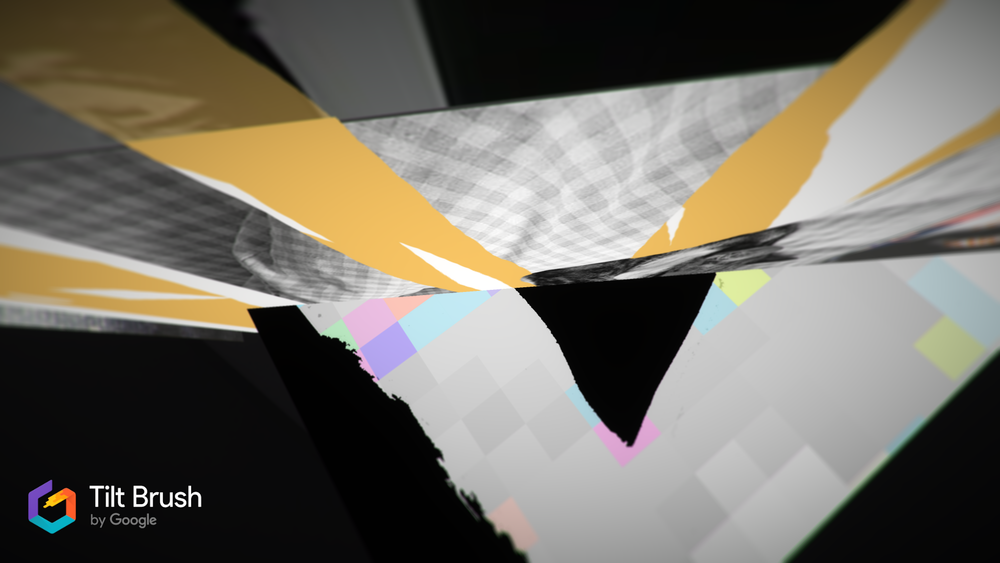