Difference between revisions of "EYE On Art"

This page is for the PZI ResearchLab EYE On Art 2016 programme. 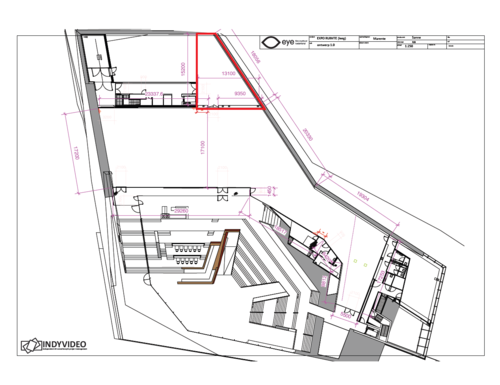 Boundaries of the Archive. Main project text for use in media/prints/promotion

Boundaries of the Archive

The Piet Zwart Institute ResearchLab is focused on the boundaries of the archive. As media practitioners studying the structures and cultural impacts of our media technologies, we concentrate on the intricate and usually hidden aspects of EYE’s extensive archive.

The EYE Collection is internationally recognised for its outstanding historical breadth and quality, particularly in relation to Dutch cinema culture. Any limitations, frictions and little noticed quirks in the archival system serve as poetic inspiration.

The timing of this exhibition coincides with the moving of the EYE Collection to new premises. It provides a starting point to explore the materiality of both digital and analogue films, the poetics of cataloguing them, and the fragile semantics of a vast collection database.

It mixes the EYE Collection locations and archivists at work, in a non-narrative edit.

The aim of the project is to merge symbolically all the items of the archive through the realisation of a single End credit video. End credits list all the individuals involved in the production of a video. In this case, we would display the list of all individuals involved with the production of the content of the Eye's Archive regardless of the production they worked on. Those credits would be particularly long, (perhaps too long for the whole show) underlining the vertiginous amount of content gathered by the Eye's archive. Some names would be missing due to the very fact that they were not listed by the people who produced the data stored in the Archive's database. This doesn't really matter, as we consider that the relationship between a member of crew and the archive exists has the result of human labour (an archive's employee). Our approach is a way to insist more lightly on the physical difficulty for a human to apprehend the collection through a direct face-to-face.

An audio-visual installation that explores metadata of the pieces from silent cinema collection, their visual language, and narrative specificities, to generate sound or, in other words, insonify the film. Few silent video pieces composed for 3 screens and insonifyed. The archiving process follows strict policy and sustains personal/human impact. My project is a metaphor for this process. I investigate the possibility of creating 'objective' model of sound generation and my personal impact on it as the author of maxims for the process. Insonification is based on motion vectors, extracted from the video and mapped to the process of sound generation. The way sound is synthesised is based on metadata and the rules I set up for it.

For my personal project for the EYE, I’m going to give films an anthropomorphic voice to tell about their own individual experiences in the EYE archive. Each film tells a narrative, about their self’s, there past or present in the archive. Each with a different character and voice. I present an archive of narratives of the film archive. I present the past in the present. This will be an audio piece, but I was thinking of whispering voices. (You have to get close to her it)

What do I need:

One concept I was developing involves the reading of the keyword list (Trefwoorden-thesaurus) - a selection of about 100 entries. The reading is done by several people, all non-Dutch speakers. (to highlight the language limitations in accesibility of this international archive).

The thesaurus system applied to the Eye Archive is a one to many system, in another word, there are many secondary items under each thesaurus that are correspnsive to the content of the Eye Archive. So I take each item into images.google.nl（because the staff from the eye also use google translate their thesaurus in English）, and get the first image from the search results and make them into a sequence. Later on, it reminds me that when I did the "Dreamachine" research, Ruben showed me his mock up of this flicking effects with sequencing images. So I consider to make the video in this manner in this way to imply its limited communicability.

I discussed with Lucus if it is possible to combine our works, since he has the audio parts and I have the vision part. Then maybe I should aplly the rhythm of images to his sound recordings.
I tested with the genre-thesaurus items, but Lucus suggested that the keywords system is more subjective.

What the EYE says: 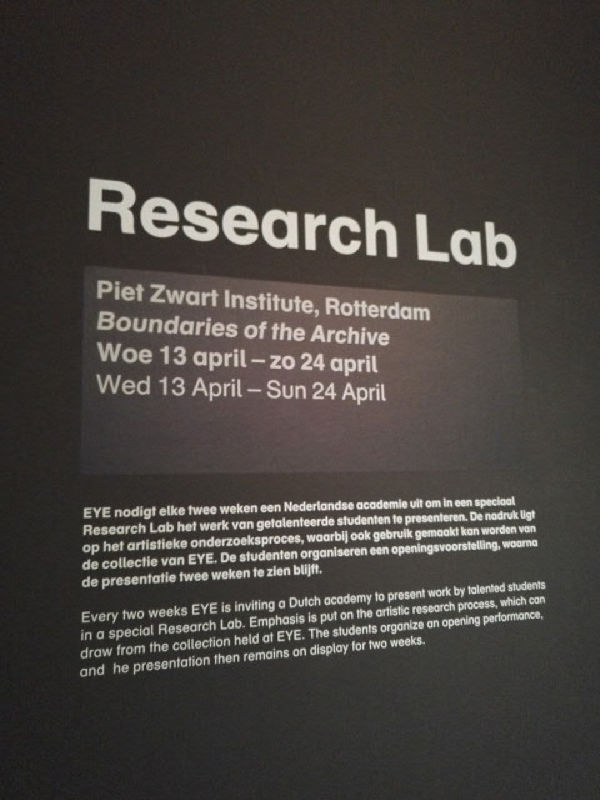 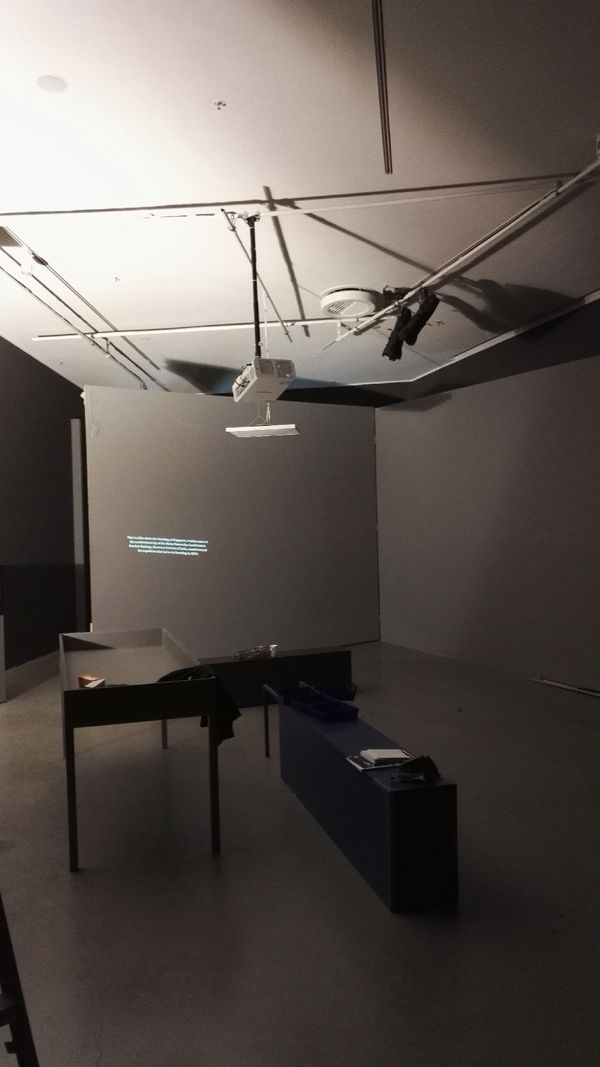 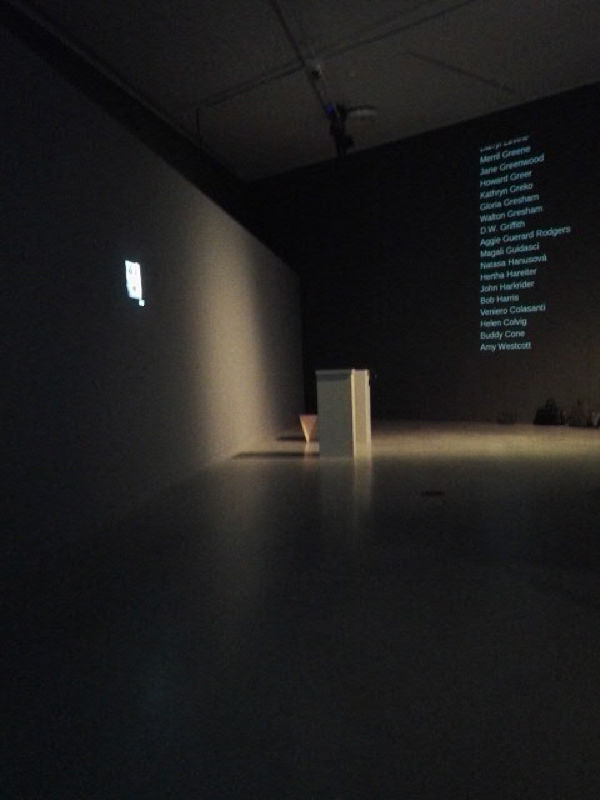 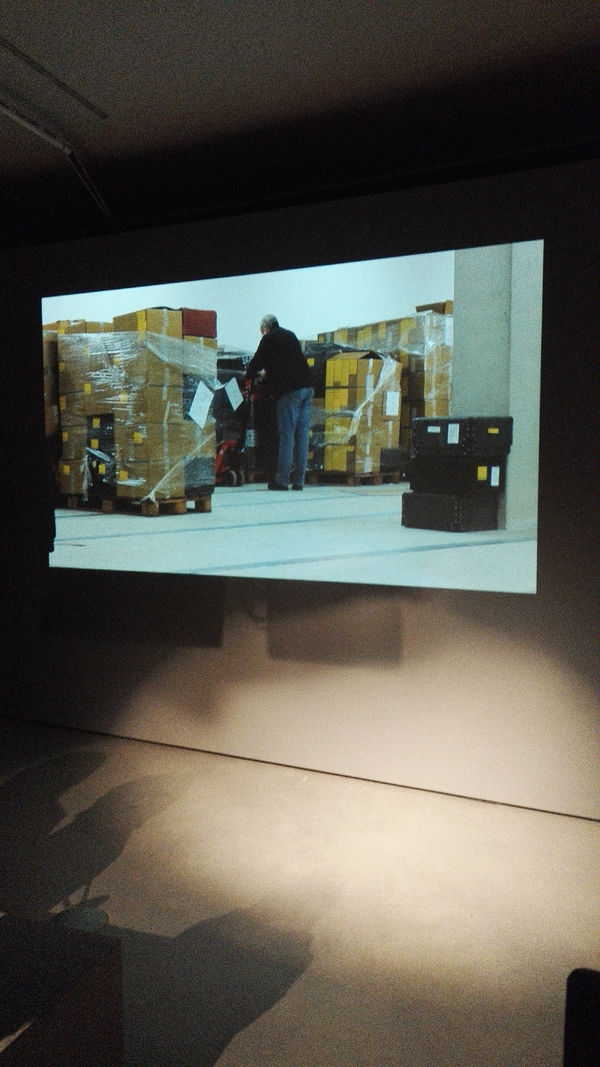