Our society is one not of spectacle, but of surveillance…
Michel Foucault, Discipline and Punish: The Birth of the Prison, trans. Alan Sheridan (New York, 1979), p. 217

We are living in an age of unprecedented surveillance. But unlike the ominous specter of Orwell’s Big Brother, where power is clearly defined and always palpable, today’s methods of information gathering are much more subtle and woven into the fabric of our everyday life. Through the use of seemingly innocuous algorithms Amazon tells us which books we might like, our trusted browser tracks our searches and Last.fm connects us with people who have similar tastes in music. Immersed in social media, we commit to legally binding contracts by agreeing to ‘terms of use’. Having made the pact, we Twitter our subjective realities in less than 140 characters, wish dear friends happy birthday on facebook and mobile-upload our geotagged videos on youtube.

Where once surveillance technologies belonged to governmental agencies, the web has added another less optically-driven means of both monitoring and monetizing our lived experiences. As the line between public and private has become more blurred and the desire for convenience ever greater, our personal data has become a prized commodity upon which industries thrive. Perversely, we have become consumers who simultaneously produce the product through our own consumption.

Sniff, Scrape, Crawl… is a thematic project examining how surveillance and data-mining technologies shape and influence our lives, and what consequences they have on our civil liberties. We will look at the complexities of sharing information in exchange for waiving privacy rights. Next to this, we will look at how our fundamental understanding of private life has changed as public display has become more pervasive through social networks. Bringing together practical exercises, theoretical readings and a series of guest lectures, Sniff, Scrape, Crawl… will attempt to map the data trails we leave behind and look critically at the buoyant industries that track and commodify our personal information.

Note: This Thematic Project will be organized and taught by Aymeric Mansoux, Michael Murtaugh, Renee Turner and will involve a series of related guest lectures and presentations.

Start with ipython. Getting documentation from ipython Using urllib, open a connection to a page (connect) Scan for images in a page. Loop

We now move from the surface of the "scrape" to the deeper database structure of a web 2.0 service and the data available via an API.

We took a look at the anatomy of a tweet, as an introduction to the "cloud" of data around the 140 characters of a tweet publicly available via the Twitter API.

We looked at an example of an "IPad hack" involving cross referencing device identifiers and emails via different publicly available sites.

Some topics dicussed: the new-style "RESTful" APIs, and the use of JSON

Cookbook: JSON parsing from an API and do something with it

>> assignment in teams: for instance:

Building a web crawler with Django 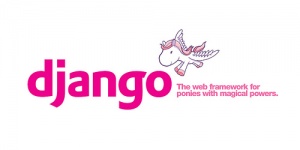 Assignment is to move from a Survey to a Strategy, and to prepare a plan for a "tactical crawler" related to your research.

Your plan should both:

Important: Unless it already fits your plan, you do not necessarily need to work with the Django code / crawler example from the last afternoon session. This will (most likely) become more important as your work develops -- for now the important thing is the creation of your plan and your initial scrapes & the specifics of the kind of data available from APIs.

We realize that the two day workshop was an intense session that might have been a little overwhelming. Keep in mind that this was meant to give you an overview of the different tools and strategies available for scraping and data mining. It is now up to you to decide on which elements you wish to focus more and spend the rest of the trimester working with.

Your assignment/plan will be assessed this coming Tuesday, 25 January

Tuesday's meeting will involve each of you presenting your plan to the group and a discussion of the plans.