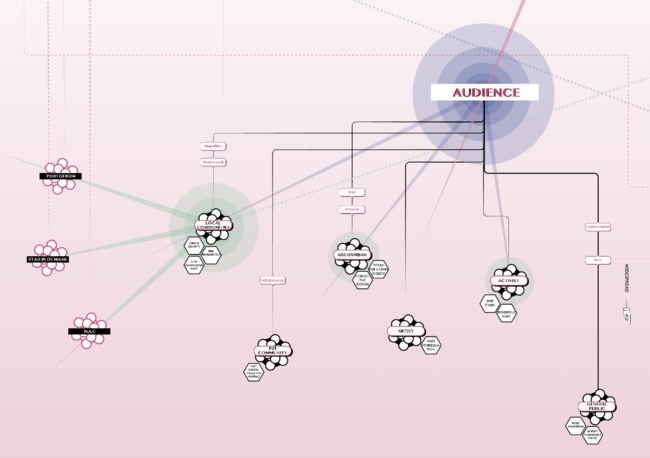 The Poortgebouw was originally planned as one of two identical buildings separated by water and guarding the narrow entrance to the Binnenhaven, part of the original port of Rotterdam. It was intended to be the administrative headquarters of Rotterdamsche Handelsvereniging, but when the owner went bankrupt and fled to the United States of America the second building was not built. Later a smaller version was constructed, only to be demolished in 1937. By the late 1970s, the building was derelict and there were unpopular plans to make it into an eroscentrum or large bordello.[1] When the Poortgebouw was squatted, the intention was to use the building as living space and a youth centre. After much negotiation with the city council, it was agreed in 1982 that the squatters could stay as a housing association (Vereniging Poortgebouw). They would pay a low rent and undertook to maintain the inside of the building. The first rent contract was signed in May 1984.

Since January 2019, City in the Making has been given access to 52 apartments in Rotterdam’s Almondestraat for a period of at least 18 months. This section of the street gets temporally transformed into Boarding House Almonde (Pension Almonde), a home to urban nomads, including social and cultural facilities – commons – on its ground floor. The current tenants are gradually leaving their premises, and new, temporary residents are moving in. Ultimately, the apartments will get demolished.