Bots can bridge between different systems (like we did in implicancies)

it's very different from say a traditional server setup (like CGI or PHP, or a framework)

IRC doesn’t have a log- you can’t see what was written before you joined the chat, but it is more private

The main configuration file in infobot.config inside the conf folder

1. In the top of the file you can set a name for the bot (should probably be unique) Rooms in IRC are channels

2. In the file you can configure the rooms this bot will join at join_channles line

3. Setting the server- there are many IRC servers webchat.freenode.net is a "HTTP gateway" or portal that provides an HTML interface to the IRC http://irc.freenode.net:6667/ this should be the address of the sever using an irc client. probably it doesn't work because nowadays most people don't have IRC clients installed, or their systems aren't setup to handle the links. but the design of the URL was such to "bridge" these different systems, so it was supposed to work. many people still use IRC and IRC clients are alive and well. the pizza (poi chat) webchat is another software that gives a "portal" or "gateway" view of an XMPP channel in a web page

4. After we set the channel we need to run the program. In the folder we run the command ./infobot

5. When its running we see the log in terminal

A mix between teaching the bot in the context of a chatroom, and then the fact that the bot builds a database that you could share with other.

so I used a command called update_db to update it with the techdict.facts file here: [1]

or what Alexa, Siri, etc aims to do

the infobot is interesting because it's relatively simple and transparent

the database are simply files that it creates

if we quit the bot, you can see that a number of files are created

pad for the day

With this tool we can combine markdown with code (python)

notebook server- can be interactive to one user and not a shared interface, but we can copy generated html pages for example.

CGI(common gateway interface) script- simplest translation of a shell script. python script translated to html pages. ex: if I write a script in python, add it to a server and trigger it by a url. This is used a lot by forms, when you submit a form it runs a script. Now with AJAX (javascript) it used to ways to send and receive stuff to and from server while inside a page rather than reloading.

IRC- Its like a parallel universe. It's a protocol which used IRC server and the you have clients (firefox, chrome, Kiwi) written in different languages. The IRC universe used just plain text (not html).

HTTP is not very sociable- it take a request and get one response (page) and then hangup.

Whooshe- a preexisting library we can use to make the bot

NLTK- a library for handling texts

libraries- this is what you work with in python

html5lib- a third party library you need to install

Apache- The Apache HTTP Server, colloquially called Apache, is a free and open-source cross-platform web server software, released under the terms of Apache License 2.0. Apache is developed and maintained by an open community of developers under the auspices of the Apache Software Foundation

now we have the config file.

Any kind of redirection to another port on the same machine or another address/host completely.

Setting up the chat

Needs to be answered: Websocket/http (?)

Permissions are used to control how things are visible online.

A lot of debugging has to do with permissions.

This command shows what is runnable and the kind of permissions the file have.

chmod is the command and system call which is used to change the access permissions of file system objects. It is also used to change special mode flags. The request is filtered by the umask. The name is an abbreviation of change mode.

The most access you can give to something. Now we can edit index.html

this made Michael and the publicweb group are the owners (I can do it as well). Now Michael doesn't need to use sudo anymore.

Michael now own the folder as well 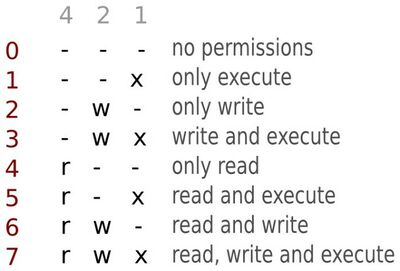 VPS - virtual private server. Virtual- using a physical server with multiple people. You get to pick to join a server with a certain amount of users.

SD card space - the Rpi 4 uses usb 3. You can plug a hard-drive into a pi but you need to mount it. So you can put all the software on the SD card but all the rest can be on the drive and then you can move it around. USB card and SD card has a limit of rewriting and it will be very slow.

Tinc - a Virtual Private Network (VPN) daemon that uses tunnelling and encryption to create a secure private network between hosts on the Internet. tinc is Free Software and licensed under the GNU General Public License version 2 or later. Because the VPN appears to the IP level network code as a normal network device, there is no need to adapt any existing software.

Setting Jupyter lab for all the users

a command to switch text (find and replace)

.pkl file - format for storing live data structure and saving it ("like pickles).

CGI - common gateway interface HTTP - the protocol of the web The transaction with the server and a static website can be compared to a vending machine transaction. You make a request, it does it and that’s it.

CGI can be compared to a patat stand that there is someone that prepares it especially for you. That means that if many people request it it need to deal with multiple requests.

A hybrid is a combo of the two.

You need to run the cgi script in terminal to debug

If you request a page with 50 images, there will be 51 requests for the page and for the images