Difference between revisions of "Jujube/openings"

I have tried to approach my work as honestly as I can. That includes being honest about criticism.

I used to think that one needs to justify one's work by reasoning. That was part of the architecture training. A designer talks with reason (or a seemingly sound logic loop) and knows how to convince.

I gave that up after the first year during the Master's.

To look deeply is to see beyond the correctness. I don't want to make correct work. I want to make works that touch the heart, hold the hand, and look into the eye. I want the work to support, to understand — the things it portrays, and the people who watch it. The work is nourishment.

So when many a time B or D point out the ambiguity of my images, I felt a bit lost and I felt that I must persist.

When I started the Master's I said I did not care about aesthetics, or that creating for an aesthetics is easy. Now I can revise that phrase because I am clearer about what I was hinting at.

What I meant, and mean: aesthetics comes after meaning, and with meaning. It is not a container in which to put meaning (because then aesthetics adds confusion to the meaning, or generalizes quite specific stories.)

Recently when I watched a piece of work by two artists responding to the topic of climate change, I find myself unmoved. The artists are knowledgable about the subject — for it is a complex subject — but that does not necessarily mean a piece of work needs to be overtly didactic.

I wanted to ask: do you think your images encourage new ways to think about this issue? I think the question is not that people do not know about climate change but rather how they relate to it. By complicating the issue it might open someone's eyes to beyond the rudimentary and now stereotyped "polar bear" image, but it does not necessarily make people relate to the suffering of others. The promotion of justice comes from, fundamentally, compassion, rather than opposition or a sense of superiority.

I also wanted to ask: who are your audience? I get a clear feeling that people who go to "experience" an exhibition are already part of the echo chamber.

I do acknowledge that for within the echo chamber (people working on policy, advocacies, etc.) the works are comprehensive, valuable research and sound speculation.

I am here to find a epistemological position

in the process of finding one

if i were to do a phd

it would be to contribute to a marginalized, undernoticed, understated discourse

it would be the bridging of quiet rustles in a yoga studio, the lime light at the Academy Award and "fling with the philosophers" (Nelson)

photo-taking as an extension of the body

Talked to Ine and spoke about my involvement (or the lack of) with taking photos in Iceland.

I made a rule for myself to not take photos or write. Even asked my friend to bring back the analog camera I carried with me.

I broke the rule during my trek. It felt necessary to take the photos.

"It's saying I am here. I am present," Ine said, "do you feel what you see online are the same as the photos you took yourself?"

"No. I took them after hiking up a mountain. There was rain, wind. I was isolated. I was cold. The moment makes it different."

"It's an energy... When you see these snapshots from others it's as if something has been ripped from you."

via The Dictionary of Obscure Sorrows

The more I make film, the less I care about art [exhibited with a lot of wall text].

what is your purpose

my emotional register as a filmmaker

just because you are good at something doesn't mean you shouldn't do it...

What is in an image? Does the image conduct my intention?

Gee, if my intention is blurry...

If I become aware and articulate all the decision-making in the making of an image...

This thing about moving image is...

I have a ton of footage. I want to be precise. I am not always motivated to edit...

For a few years I drew rectangles.

Everything happens within the bounds.

In the beginning, screens are flattened, senitized surfaces.

Projections are light without a screen.

What is the materiality of light... Memory image.

I like to be centered when everything else moves.

I do not like moving much, to be honest.

I enjoy moments when things are quiet, when I am quiet.

I enjoy being quiet.

The hierarchy of images is not dependent on the way they are produced, it comes from within. I have distrusted that within, but I will change now.

I am precious with this image and will not show it until it is done. Test the boundaries.

what I used to find beautiful 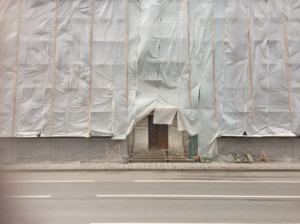 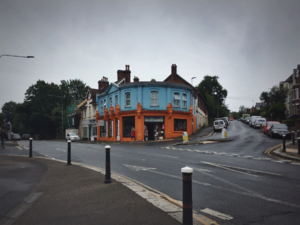