Henri: The society of secrets


Since, you are reading this -suppose to be- synopsis, even if I don't believe that I can bring new informations into your eyes, I highly recommend to listen this hardcore punk band "Title Fight", they have a song, titled "Secret Society" anyway. But, and never start your sentence with a but, I can share with you my impression about an illegal community from the late 80's, early 90' about their motivations, the joy of exploring and challenging computers, technology and the borders of information storage and rights.

When I started to create one hypothetical secret society to try to understand how can we get closer to our own utopia, my main problems as traumas or solidarity were not so important anymore. The first secret society with most publicity I was faced wit "Illuminati", as the society who rules the whole world. Loads of conspiracy theories are created about the Illuminati with thousands of followers. One of them, who believed in the existing Illuminati was Karl Koch, a German hacker, he was born in Hanover. At age nineteen he was part of the Chaos Computer Club (CCC). The CCC describes itself as "a galactic community of life forms, independent of age, sex, race or societal orientation, which strives across borders for freedom of information." 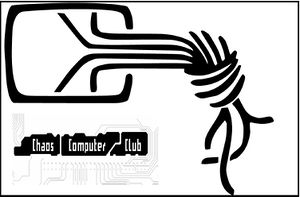 In general, the CCC advocates more transparency in government, freedom of information, and the human right to communication. Supporting the principles of the hacker ethic, the club also fights for free universal access to computers and technological infrastructure. It has been characterized as "...one of the most influential digital organisations anywhere, the centre of German digital culture, hacker culture, hacktivism, and the intersection of any discussion of democratic and digital rights." 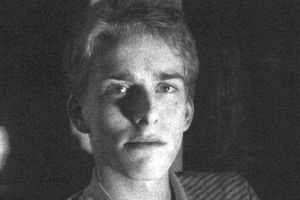 A young german hacker from Germany

In the article collection which I found on phrack ezine from/for hackers, written by Knight Lightning, we are faced with facts and personal stories about a group of young hackers. "Illuminatus!" is a fun read if you like psychedelia and paranoia. It alsoseems to have influenced a lot of subsequent work, most notably Adams'"Hitchhiker's Guide to the Galaxy." It is easy to see how an unbalanced mind,taking it literally, could be completely absorbed. In fact "Illuminatus!"seems as if it was written with the intent of just this sort of programming,referring to it as "Operation Mindfuck."[1] 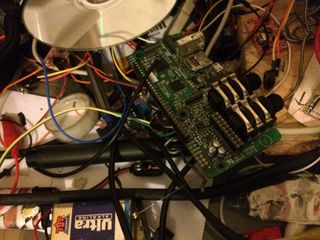