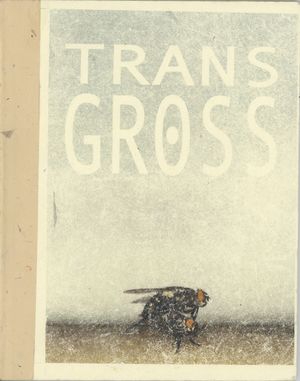 I wanted to have a certain concept for the book, to create an “art object” instead of a book signifying art, an object of significance. I wanted to work with what I have, so after looking at the recent photos i took, i couldn’t find anything that I wanted to work on for this matter. so i went to look into my archive of iPhone photographs, a big dumpster of photos, screenshots, all sorts of videos, so its really like a parade of emotions. of course, after dealing with Olivia’s videos from when she was a puppy, i noticed the most obvious pattern that could serve a purpose.

Around 5 years ago, a close friend gave me a macro lens, and i loved the way i could see using it. probably, because it helped me get into the photographic world of the smaller beings, my favorites were always insects. Insects have a weird effect on us. They are nothing to be afraid of when we think rationally (excluding swarms & etc.) but it is so often that we can’t be rational, of course. Fairly, there is something eerie about these creatures, with their hairy legs and their alien looking features, they are hard to understand, and easy to detest. This attribute of these photographs excited me, as it provokes the viewer and unveils emotions.

I almost never hesitated of posting insect photos online, however disgusting they could be received as, but there were some photos that gave me second thoughts. Most of these photographs consisted of animal corpses. Admittedly, neither with the bugs nor the corpses, I was not chasing them, I wasn’t on a hunt of any sort besides the photographic hunt. It was mostly when I was walking Olivia on the shore that I was coming across these subjects. The shore is a habitat on its own, also is parallel to the road where cars race at night, results in roadkills that eventually end up on the soil.

My main drive in creation of this work was to question aesthetics of these images that can be considered as disgusting, provocative, disturbing, pleasing, intriguing; any feeling that can arise from the images, I’d say this book embraces it. The subjects of the images vary, but they all build up to a feeling. That is the fascination from the outside world, showing the neglected in the everyday, and question the value of a photograph, and what assigns this value.

Apart from all these aspects, I also considered this book as an object of abjection, or like a ritual where you throw up and defecate and feel cleansed afterwards. To support this idea aesthetically, I first thought of making my own paper from old newspapers and printing on them, however I was warned that the outcome paper would be too thin and therefore would be hard to work on, and while I was on search of a new paper I came across a perfect match in Van Beek; a recycled brownish paper with a really nice texture.

my notes on the photobook, "Diamond Matters" by Kadir Lohuizen