＝ ｗｏｒｌｄｉｎｇ
"Reality is an active verb, and the nouns all seem to be gerunds with more appendages than an octopus"
Donna Haraway here 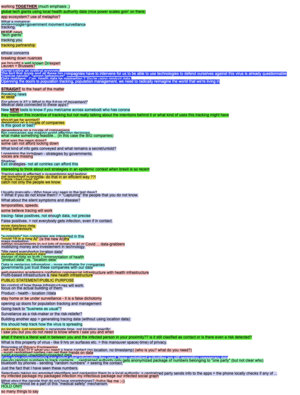 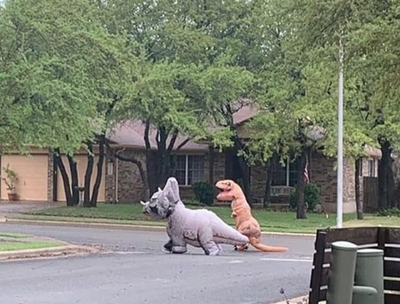 =̅ c̅r̅e̅o̅l̅e̅ g̅a̅r̅d̅e̅n̅
“Look within the Creole garden, you put all species on this tiny lick of land: avocados, lemons, yams, sugarcanes…In the big circle everything is put into everything. He who finds the strenght to mix has the strengh to find.”
Edouard Glissant , Tout-monde 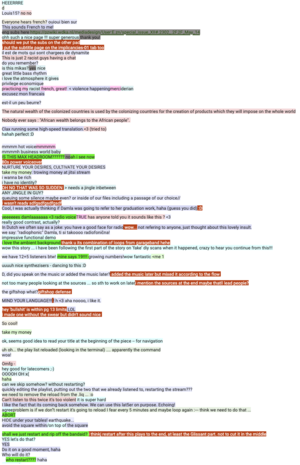 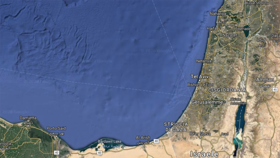 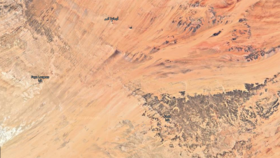 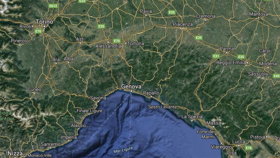 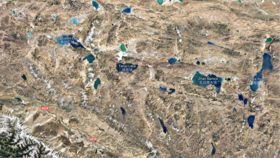 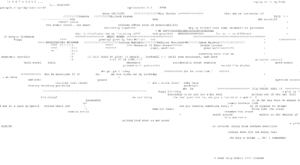 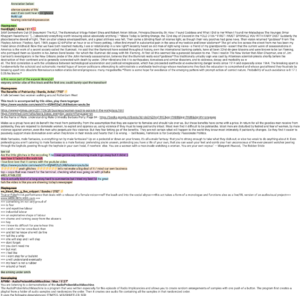 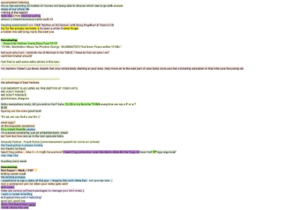 radio implicancies ►12.3
ｆｎｏｒｄ［ｌｉｇｈｔ！］
img1,2,3,4 ✹Principia Discordia, Or, How I Found Goddess and What I Did to Her When I Found Her-Malaclypse The Younger, Omar Khayyam Ravenhurst 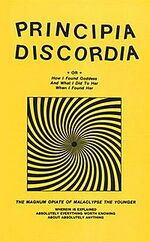 img5 ✹ from the justified ancients of mumu/the timelords/the KLF 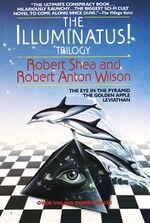 ddate Today is Setting Orange, the 72nd day of Discord in the YOLD 3186 * FIRST I MUST SPRINKLE YOU WITH FAIRY DUST Suddenly the place became devoid of light. Then an utter silence enveloped them, and a great stillness was felt. Then came a blinding flash of intense light, as though their very psyches had gone nova. Then vision returned *goddess* From The Playboy Advisor, Playboy, April, 1969, pages 62-64*After an hour or so of heavy petting, I often find myself in substantial pain in the area of my testicle and lower abdomen*The girl who live across the street from me has been my friend since childhood. Now that we have both reached maturity, I see or relationship in a new light*I recently heard an old man of right-wing views—a friend of my grandparents—assert that the current wave of assassinations in America is the work of a secret society called the Illuminati. He said that the Illuminati have existed throughout history, own the international banking cartels, have all been 32nd-de-gree Masons and were known to be Ian Fleming, who portrayed them as Spectre in his James Bond books—for which the Illuminati did away with Mr. Fleming. At first all this seemed like a paranoid delusion to me. Then I read in The New Yorker that Allan Chapman, one of Jim Garrison’s investigators in the New Orleans probe of the John Kennedy assassination, believes that the Illuminati really exist*goddess*This traditionally unlucky sign was cast by Atlantean scientist-priests shortly before the destruction of their continent and is generally connected with death by water. Other vibrations link it to earthquakes, tornadoes and similar disasters, and to sickness, decay, and morbidity as well. The first correlation is with the unbalance between technological acceleration and political retrogression, which has proceeded earthwide at everwidening danger levels since 1914 and especially since 1964. The breaking apart is fundamentally the schizoid and schismatic mental fugue of lawyer-politicians attempting to administrate a worldwide technology whose mechanisms they lack the education to comprehend and whose gestalttrend they frustrate by breaking apart into obsolete Rennaisance nation-states.General prognosis: many megadeaths.*There is some hope for avoidance of the emerging pattern with prompt action of correct nature. Probability of such avoidance is 0.17 ± 0.05.No blame.* 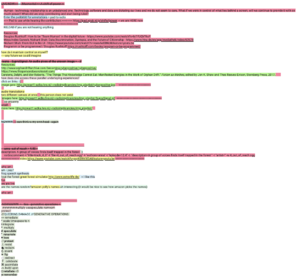 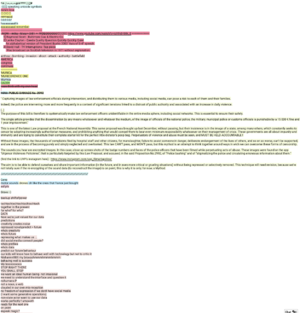 A group of voices finds itself trapped in the forest.
Voices: Amazon Polly, espeak 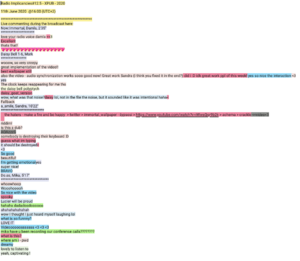