Blender or C4D / Premiere and Photoshop

I need to use 3D tools to build a virtual character, a little boy figure that can walk and sit.And I also need a footage that the boy can talk ,just Half-length portrait. Maybe also a woman character? 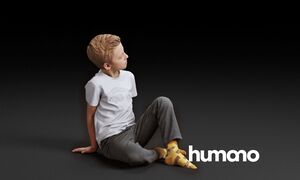 It's the first time I need to work with 3D Software. I saw some Software Tutorial Videos about Blenders and C4D on Youtube, but it's still hard for me to make a human figure, I'm still at the stage of familiarising with the functions of Blender and C4D. I also changed the idea and script several times since the discussion last time, but it's almost settled till now. So...now the biggest challenge must be how to get along with 3D tools.

I think now I don't need to pay more attention on the script and also don't need help on film editing, so I think I can spend much time on the technical problems.

I think if there's someone who know how to use Blender or 3D tools and willing to tell me where can I start will be better. If not, I can learn it myself by some online technical courses.

Not yet, my friend in London suggests me to use Nomad Sculpt 3D, a software bsed on iPad, but I don't have iPad.

Tools not to use

I think I'm sure I will use PS/Pr/Blender, but...?still in progress so not sure